I can’t tell you how happy I am to be writing a proper blog post instead of filming like I did last week! I love to write and I always have, so normal transmission has resumed…

I was so excited to receive my Birchbox this month, as I saw on their Facebook page that they were sending out a sample of the brand new Benefit cosmetics BADgal BANG! mascara. My all time favourite mascara is the Benefit Roller Lash mascara so I had big hopes for their brand new release.
What’s in my Birchbox? 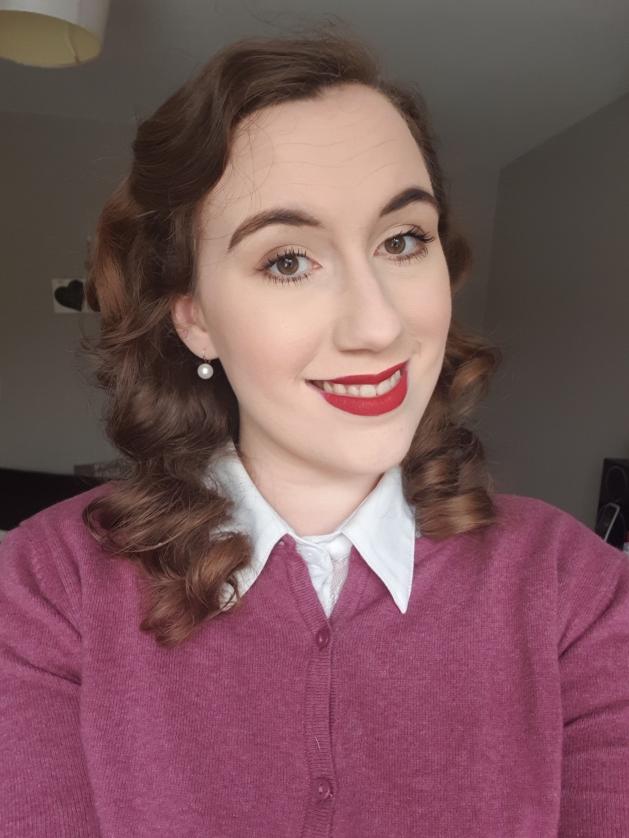 I did notice instant volume and I loved the wear my lashes looked. But when it came to being ‘smudge proof and water-resistant’, I’m not so sure… 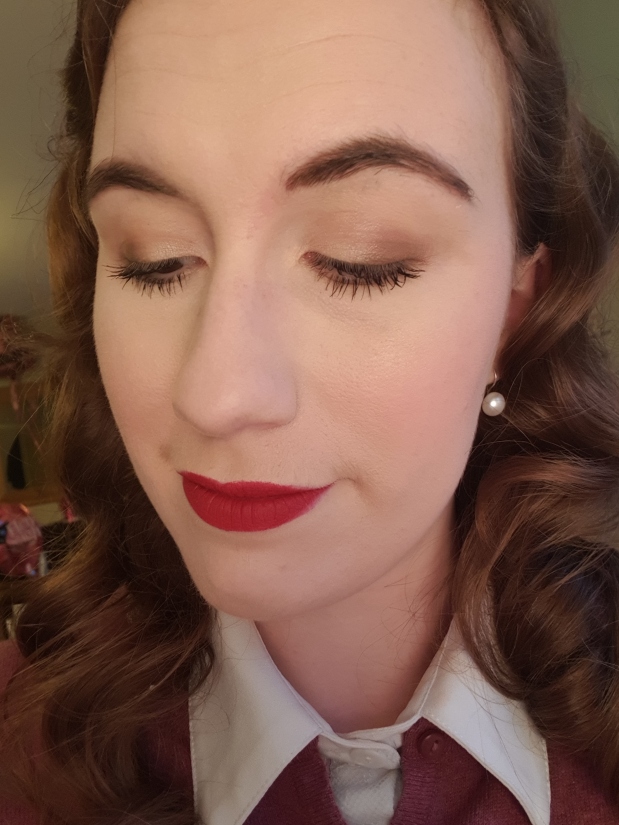 I’m not sure if you can tell, but after 6 hours of wear, the mascara started to transfer onto my lid, just under my eyebrow. I did wear this mascara a second time and it happened again. This is a shame, as I don’t really want a mascara that has me checking the mirror every hour. It also makes me doubt if it really is water-resistant and smudge proof. I will probably wear this from time to time as I love the look it gives my lashes, but I wouldn’t go out of my way to purchase it, Roller Lash all the way!

I have to be careful when trying bronzers, as I am rather pale and if

bronzer is too warm, it can look muddy and weird on me! I always stick with Benefit Hoola Lite, sometimes mixed with a touch of the original Hoola. I did try the Manna Kadar in the look above, but you probably can’t tell because I had to BLEND it until it had virtually gone! It was too warm as expected and also had a lot of shimmer to it, which I don’t like in a bronzer personally. Though I wouldn’t use this on my face, I would consider using this as an eyeshadow.
The highlighter on the other hand, I did enjoy. It suited my skintone well and as I was using it with a fan brush, it was a subtle glow that I could use with my vintage look, instead of my other highlighters that I use when I’m feeling a bit more modern!
Again, I would also use this as an eyeshadow, as a lid colour or to highlight my inner corner or brow bone.

This body scrub came in useful after one of my nightshifts, as I often feel a bit gross and in need of a long bubble bath. The scrub is lathers up well and left my skin feeling very soft. The scent of this scrub was ‘caramelised honey’ and it smelt delicious! It reminded of my favourite scrub scent by Soap and Glory – the breakfast scrub, it’s sweet and makes me want to eat it because it smells so good!

The Blaq peek off mask is advertised to unclog pores and draw out impurities due to the activated charcoal is contains. Now, I am a big believer in activated charcoal, because we use it at work often. In the veterinary world, activated charcoal is often used to protect the body from absorbing toxins, such as the harmful elements of chocolate when a dog has gotten into the families secret stash!
But with the benefits of charcoal comes… the messiness. This was no different with the mask. It was very sticky, it was like putting tar on my face. I managed to wash the majority off my hands once applied and I sat down with a magazine while I waited for it to dry for 20 minutes.
And then I realised.
It was a pore mask, not a face mask! I had the images of the people on the internet almost ripping their faces off with these black masks… like the one I had just applied, all over my face. I had only applied a thin layer, so it had almost dried after 10 minutes and so I decided to remove it early. It didn’t hurt an awful lot, but it wasn’t nice. My poor skin was bright red and once I got to the t-zone area, not many black heads had been removed. I managed to wash the rest of it off.
I had watched a YouTube video a while ago, where a dermatologist said pore strips don’t benefit your skin as many people think and that a proper skincare routine is much more beneficial, though pore strips are very satisfying!
So, no, I would not purchase this, or even use it again. If I really wanted to remove the black heads from my t-zone, I would purche those cheap strips from Superdrug, they seem to do a much better job!
I would much rather use activated charcoal in a clay mask, or I might as well use the stuff at work, God knows I’ve been covered in that stuff from wriggly dogs!

Before the Blaq mask 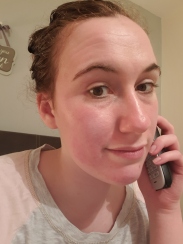 After… my poor skin! 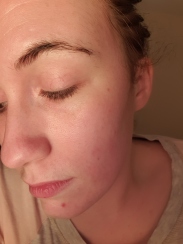 After, once my skin had settled.

I wanted to briefly mention the wave and shine spray, as I have received it from Birchbox before. I don’t often do the ‘beach waves’ look, but this product does add extra shine, which I sometimes use when I’m not doing a vintage hairstyle. It’s not something I would go out and purchase, but I do use the samples I receive! It’s just not something I reach for often.

I hope you found these reviews helpful! Did you receive a Birchbox this month? If so, what did you think? I would love to hear your opinions!